4 Aug - issues now appear to be over - pls report any probs, if you see them !

Having problems installing that new stick of memory? Found some great software or having issues with something? Or maybe want to chat about your PlayStation, X-Box, Nintendo, Sega, even your old Spectrum 48k....! Or maybe something you want to sell or acquire (computing related of course!). Let us know here...
Forum rules
Post Reply
13 posts • Page 1 of 1 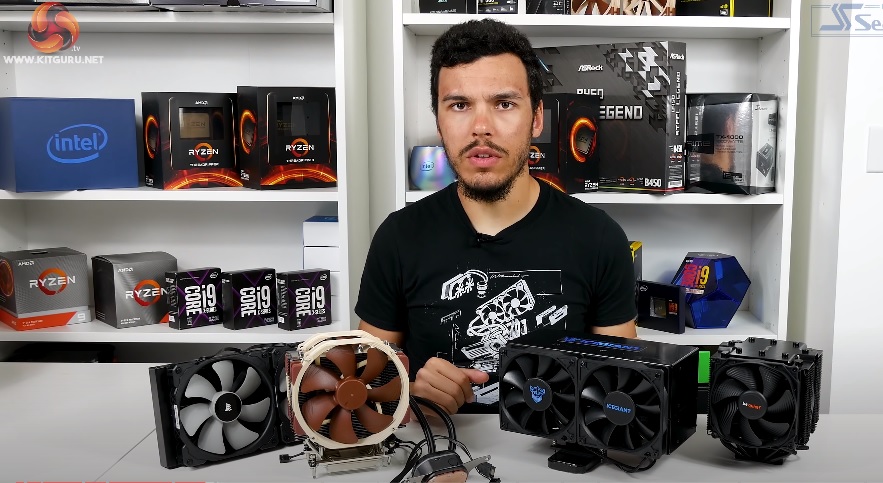 Another review on the mighty IceGiant

That is indeed a rather large cooler!
Top

What strikes me as being quite crazy, is that many moons ago, when CPU's such as the Pentium 4 (3.06 GHz version) used a 90-130nm process, the actual cross sectional area of the CPU was quite small, they were quite inefficient (the core needing say 1.5V), running at about 3 GHz and with TDP around 80-130W, the fan-based coolers were pretty small but usually ran at high-ish speeds.

Now, say 20 years later, we have CPU's based on sub-10nm processes, with larger cross-sectional areas, are far more efficient, (operating at lower core voltages) and still running at around the same 3 GHz mark, with TDPs of 25-165W and yet the coolers have grown massively.

That is indeed a rather large cooler!

Its not often a air cooler outperforms AIO, hence why I thought id post these reviews.

Ah - you got me there, as I'm not an avid follower of AMD devices.

Yeah I guess there are pros and cons for each.

I bought one of these Coolermaster Wraith Rippers for a system I built on an open bench chassis. It actually works a lot better than I had expected and pretty neatly tames the stock 280w. I haven't enabled the RGB outside of testing, but can say that it's pretty nice and would look good inside a windowed case. 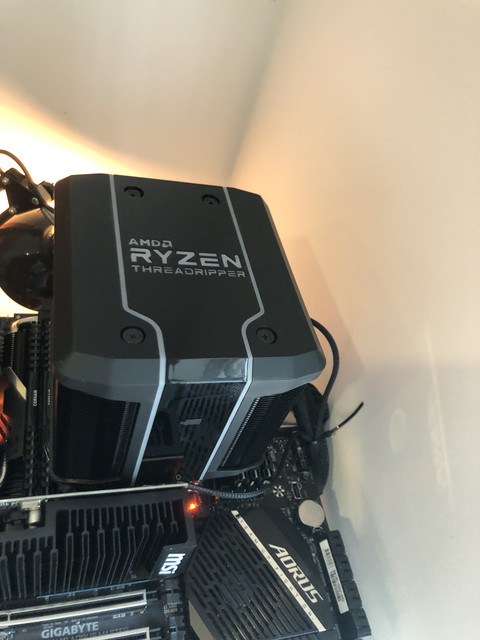 It is a bit more expensive and also less effective than the Noctua NH-U14S, so definitely a bit more style over substance. Effective nonetheless, and I'm pretty happy with it so far.
Top

That video review said that the Wraith couldnt really handle the 3990X, or maybe that was when overclocked.

chriscambridge wrote: ↑
Thu Apr 30, 2020 3:54 pm
That video review said that the Wraith couldnt really handle the 3990X, or maybe that was when overclocked.

Yeah, maybe it's because he was looking for high performance (i.e. overclocked) solutions. I do have some full custom water loops for that kind of thing but, given all of my issues, I've moved away from overclocking these chips for 24/7 running.

This open-bench host is the 64 vCore 3970x and that chip shares the same 280w power draw as the larger 128 vCore 3990x. That results in a difference in processor frequency, but it's not a huge difference given rapidly diminishing returns as frequency increases. I am actually running it at just 200w usually, which is still ~50% more power per core than a 3990x at 280w.

In any case, at full 280w load, I see it hovering around 68-70 degrees in a warm(ish) room, open bench. The clocks look to be comparable to when I had that chip in a custom water loop too, so no noticeable impact really, not at stock at least.

Still, I believe that many of these other coolers are superior, particularly on a price-performance basis. I just liked the look of this one and thought that it would be fine at stock, which was my target. I am thinking of replacing the internal fan with my favourite fan - the Noctua NF-A12x25.
Top

Looking more closely at that video, the target power draw for his manual overclock is about 410w PPT (CPU package power target), so well above stock.
Top

I never manually O/C, the only thing I do is let the BIOS do any auto overclocking.